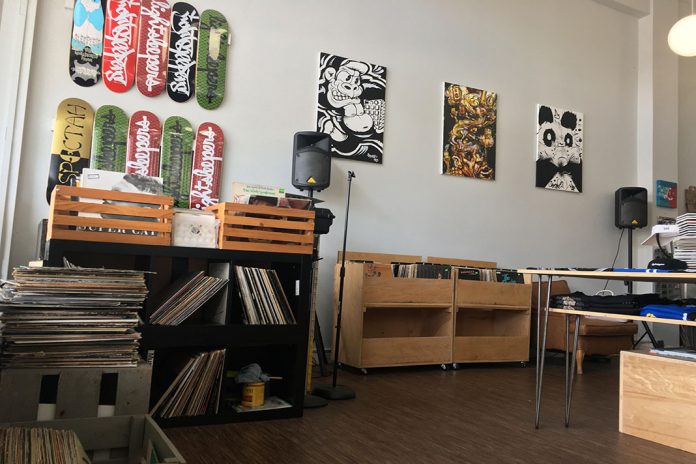 This weekday afternoon was unlike other days at the Lightsleepers shop. Kavet, the shop’s owner and creator of Lightsleepers radio show, was busy restocking his store, since he had stashed his inventory in preparation of Hurricane Lane. There was a nice flow of customers: kids getting out of school, friends, fellow hip hop aficionados. It seems like every time there, there’s always someone who travels from a far just to say “what’s up” or revel in his Kingship. Kavet told me “whatever you do, you’ve got to be undeniable and king your space”. Something Kavet has done well regarding being one of the forefathers in the Hawaii hip hop scene.

“Whatever you do, you’ve got to be undeniable and king your space.“

Where the passion began

It all started back in the late 80’s when he was a kid; skateboarding in elementary school. He hung out with older guys and it was only natural that he started listening to their music. At that time, they were listening to punk rock which had an outcast aesthetic. He also was introduced to rap: Beastie Boys, Run DMC and Third Bass. Third Base was an eye opener because it was unheard of at the time: 2 white dudes and a black DJ, doing black music.   And for that fact, it gave him hope that if they could do it, a local boy from Hawaii could do it too. His strong work ethic at a young age enabled him to buy a turntable and records with his hard-earned money.  This became more than a creative outlet, this became his life. Then from simply listening to the radio, he found samples in songs that sparked his creativity to create his own beats.  Listening to Freestyle Fellowship: Project Blowed, Leaders of the New School, A Tribe Called Quest (Q-tip) and Black Sheep, pushed him to rhyme over his own beats 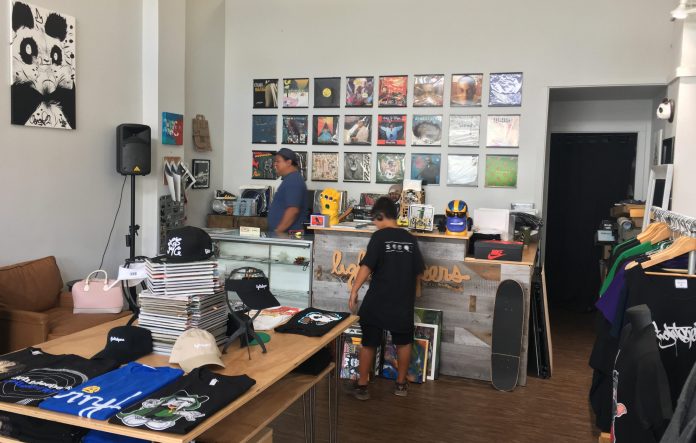 Lightsleepers was born 21 years ago when Kavet was going to the University of Hawaii at Manoa and hosted his own radio show on KTUH at 3:00-6:00am.  He then got his show moved to the 9:00pm-12:00am. In 2002 he decided to promote his show with his first ever logo shirt.  Then he went on to promoting events and battles, live DJs, Emcees, live art, hip hop, art show, culture, and Pop-up shops.  One of his very successful events that is still going on since 2004 is Beatroot:  Hawaii’s only Producer/ beatmaker battle at Easy music center.  Every month, studio producers, bedroom producers and beat makers battle 6 contenders for a monthly win.  Then the 6 winners of the qualifiers go on to battle for the grand championship in November. He saw a beat battle in 2003 in New York which inspired him to come back and share that experience with Hawaii.

As the Kamehameha School alumni settled down into married life and fatherhood, he still wanted to represent the culture, so in 2006 he started making tons of shirts.  These shirts portray original art that mixes anime/pop culture and Aloha tying the famous shakas in a hybrid of characters from Starwars, Street Fighter, Predator and Marvel characters.  There is even homage to great influencers like MF DOOM and local icons like Max Halloway.

Great things on the horizon as Kavet is planning on making the existing store more fluid, opening a store in Japan and restarting the label to produce music.  He plans on representing Hawaii at some of the biggest events for his industry such as Designer-con in Los Angeles, November 16-18, 2018 and Five Points Fest in New York on June 1 and 2, 2019.

Trailblazing Hawaii’s Hip-Hop scene has responsibilities as he welcomes the new generation but sets standards on one condition: they must do it better. So, a few rules are implied: 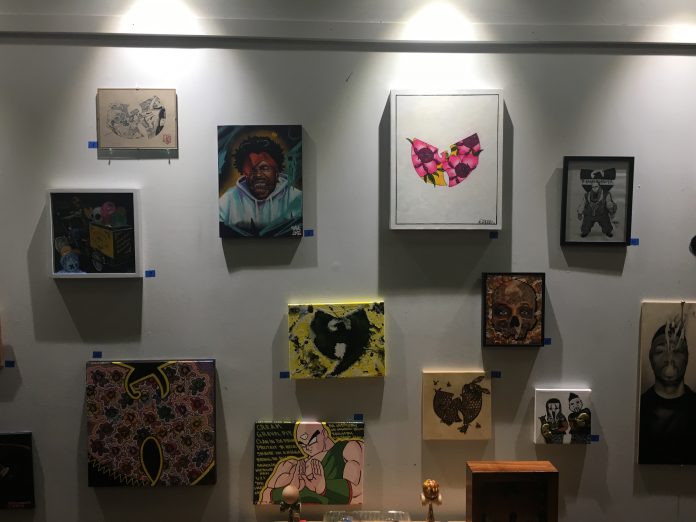 This is so crucial now days as producers are at the fore front- meaning the producer features the music artist.  A few years ago, artists were bigger names than their counterpart.  The responsibility to create and to honor the privilege to be called a producer is important to uphold.

Whatever he plans to do, he will do well because his heart is in the right place.  He is real and does this all for the love of his craft.  Which enables him to evolve with the times but be rooted to classics.  And thus, Kavet the Catalyst will remain undeniable.