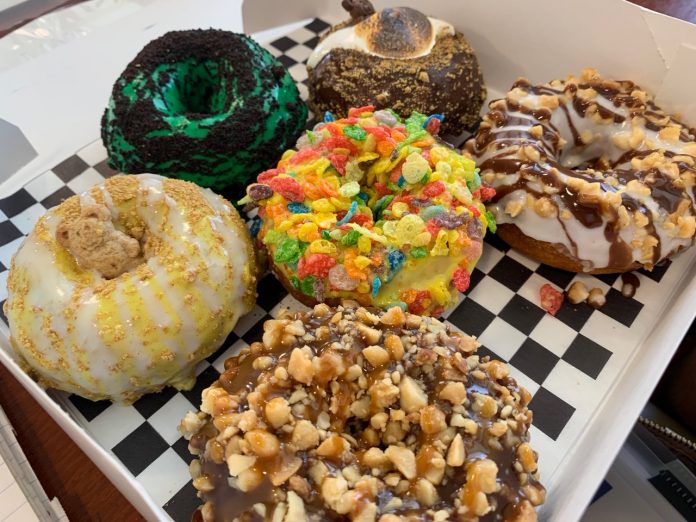 Purve Donuts, pronounced Purvey, is a fun and fresh take on donuts by coowners Brion Zablan and Nick Cornford. Nestled in Kakaako, on the 2nd floor of the Iolani Center, their small, but sweet, shop is decorated with colorful murals of unicorns, donuts and other fun characters and filled with the aroma of fresh donuts being made to order right before your eyes. 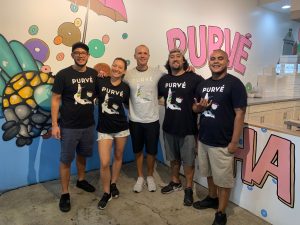 The two met while bartending at the Modern Hotel. It was there that they were inspired to become entreprenuers and had a vision to create a fresh boutique donut with a local twist. It took them 2 years to plan from concept to opening, however, neither of them had even made a single donut up until a couple of weeks prior to opening.

Some of their signature flavors include Unicorn Butt Sneeze, Sunburnt Haole and Hulk Smash. There are also weekly special flavors to choose from.

Purve also collaborates with the Ronald Mcdonald House, Make A Wish Foundation and Saint Judes. All proceeds from sales of those special donuts goes to their respective charities. 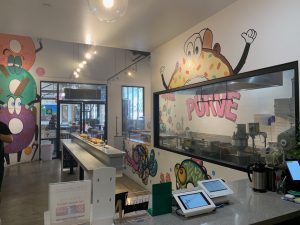 Purve is open 7 days a week from 6am to 2pm Monday to Thursday and 6am to 5pm Friday to Sunday.

A Band Of Braddahs… With paddles in hand, We Can.