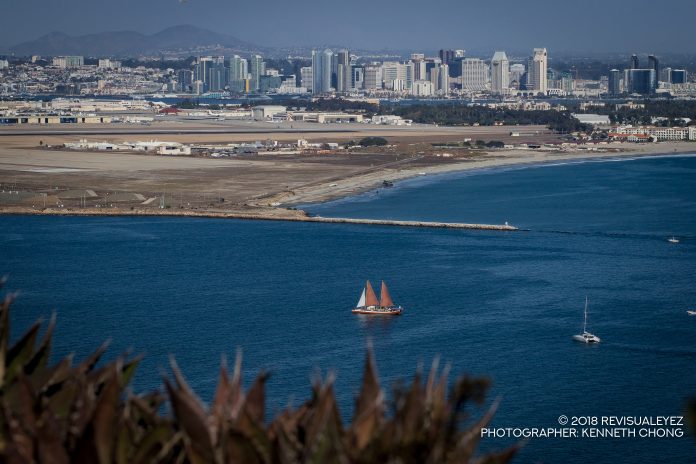 San Diego, CA – Hundreds of people welcomed Hikianalia as the traditional Polynesian voyaging canoe arrived at the Maritime Museum of San Diego yesterday afternoon at 4 p.m. (PST).  The arrival ceremony included a cultural exchange between the Hikianalia Crew and the Kumeyaay Nation, welcome chants and hula from San Diego’s Hawaiian Community and the presentation of a proclamation from Mayor Kevin Falcouner declaring yesterday, Oct. 30,  as “Hikianalia Day” in San Diego. 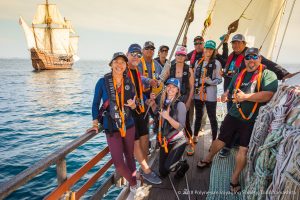 Hikianalia made her arrival yesterday escorted by 16th century Spanish galleon replica San Salvador. This unlikely meetup came about when unfavorable south winds were forecasted to waylay Hikianalia’s arrival to San Diego Bay.  Hosts at the Maritime Museum of San Diego offered to assist by having one of its unique ships tow the canoe to Waterfront Park. The canoe was also greeted by local paddlers and members of the Kumeyaay Nation who were in traditional reed canoes called Ha Kwayo.

While in San Diego at the Maritime Museum, the crew of Hikianalia will conduct school visits and public canoe tours.  Please see schedule below (weather-permitting):

After the weekend of public canoe tours, Hikianalia will remain docked at the Maritime Museum of San Diego until mid-November so that the crew can prepare for the 2,800 mile voyage back to Hawaiʻi. The canoe is expected to depart San Diego on Nov. 15 and arrive back in Hawaiʻi by mid-December.