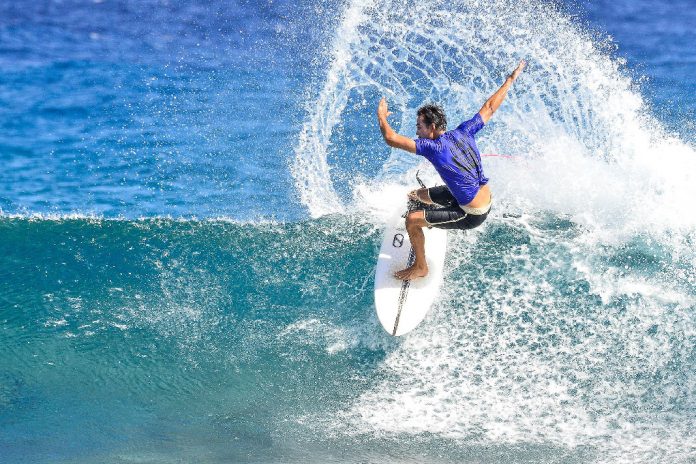 “Third one is the charm and feeling good is an understatement right now — first win and first time in Rangiroa, I’m stoked,” Gillette said. “It hasn’t even really sunk in yet. I’ve been feeling good every day but this is pretty cool. I’ve got some good buddies supporting me and I couldn’t ask for much more.” 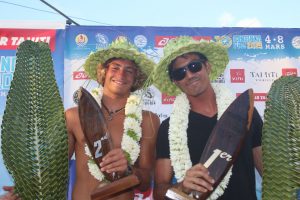 The 32-year-old posted an impressive 16.10 (out of a possible 20) heat total, starting with an excellent, meaning an 8.00 (out of a possible 10) or higher, 8.00 and hunted for a back up while showing patience until another opportunity came to seal the Final. Gillette also contested one of the event’s highlight heats against Kainehe Hunt (HAW) in their Quarterfinal affair which came down to the final ten seconds in which Gillette’s powerful forehand earned him a buzzer-beating win — posting an event-best 16.2. Gillette then moved on to face one of surfing’s brightest upcomers, Eli Hanneman (HAW), in a tight heat that came down to wave selection. But, now Gillette moves into 2019 with a renewed vigor and prepares for more next week at Papara. 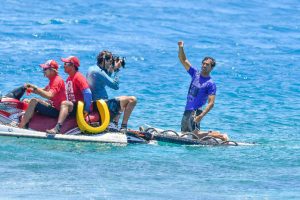 The sweet taste of victory at long last for the 14-year QS veteran.

“The first wave I wasn’t sure if I was going to go because it was small but it had that perfect shape and I teed off a couple of times. Then I just wanted to sit and be patient. I knew I wasn’t set knowing that kid (Mignot) is dangerous. He could throw an 8.70, all he needed was the wave so I was still nervous until the last wave. But, the heat with Kainehe was my favorite heat, we were going back and forth, and it just felt like a good surf back home with him. It’s one day at a time and keep a good routine heading into Papara. You learn the most with losses and I’ve lost a lot so you can’t ahead of yourself.”

Runner-up Mignot leaves the island of Rangiroa with 750 points to his name as he starts a full-time QS career in 2019. The 2018 European Regional Junior Winner looks to be transitioning into his career with ease after a dominant display on finals day — taking down No. 1 seeded surfer Noa Mizuno (HAW) in the Quarterfinals and event standout Tyler Newton (HAW) in the Semifinals. The 18-year-old’s ambitions are set not only for this season but beyond and he’s looking to make them a reality. 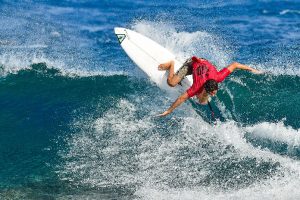 “I can’t even really express myself right now, it feels so amazing and I’m stoked to get second,” Mignot said. “It’s my first year doing the full QS and it’s a great way to start my career. I’m feeling really confident and I believe in myself, and I’ll get where I want to get. I’ll go to Papara and then go back to France for two QS 3,000s. I have a wildcard to all the QS events in Europe since I won the Pro Junior title so I’ll see where it takes me and just keep enjoying.”

Next up, the Papara Pro Open Tahiti awaits these competitors as Newton and Hanneman also have some momentum building with their equal third-place finishes. With action now shifting to a more high-performance break over a Trestles-like, cobblestone bottom, the aerial antics of Hanneman and powerful manuevers Newton will be on full display alongside a talented field.