Technically Hank’s Haute Dogs have been around for a while but we’d like to feature Hank for the hot dog visionary that he is, bringing exquisite dogs to Hawaii’s food culture.   Henry “Hank” Adaniya made the switch from being a 5-star restaurateur and mentoring some of the Country’s top Chefs to the unexpected following in this father’s footsteps.

Although having numerous national recognitions (such as Bon Appetit – “Best New Places for Hot Dog”, Gayot placed it Top Ten hot dog places, featured in Conde Nast Traveler and aired on Diners, Drive-In and Dives, Man vs Food Nation and Unique Eats) Hank returned to his roots here in Hawaii. 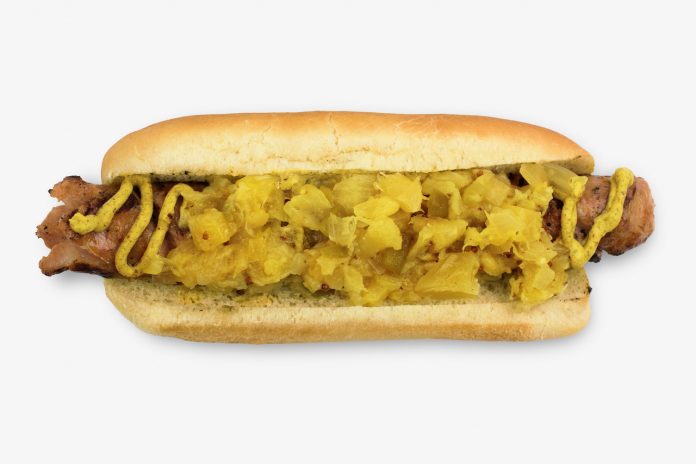 MAKAI:  What was your inspiration for hotdogs- I know your fathers concession stand was an influence, but is there anything more?

HANK: Certainly, most of the seeds were planted early on with stories from my childhood in LA but the romance with hot dogs continued to really develop as I grew up in Chicago. It’s pretty much a staple food there and during my engineering days, we use to have lunch at a variety of hot dog places.  Superdawg became one of my favorites, partly due to the full-flavored Kosher-style beef hot dog but also because of the box that is was packaged in. I was always fascinated with food packed in containers or served on a tray, strange.  It was the inspiration for hank’s box and with the full blessing of the Superdawg owners, the late Bermans.  The story continues as, during the heyday of my restaurant Trio, we happened to be featured on a very popular TV show ‘Check Please’ and I was more excited about being alongside Superdawg than the accolades we were given.  I envied their business establishment, I wanted one.  Later, a visit to San Francisco after dining at some exclusive restaurants, my friend knowing my dog affections wanted to show me Top Dog in Berkley.  I fell in love with the multi-sausage concept and ended up ordering several to try.  It was brilliant. The idea continued to incubate and then with a little disappointment, Hot Doug opened in Chicago.  It did exactly what I was thinking of… and done beautifully.  Doug had given birth to the child I wanted and was wildly successful with it. As Trio continued to evolve, I finally made the decision to move to Hawaii and pursue this hot dog dream.  I couldn’t manage both, so I let go of Trio. 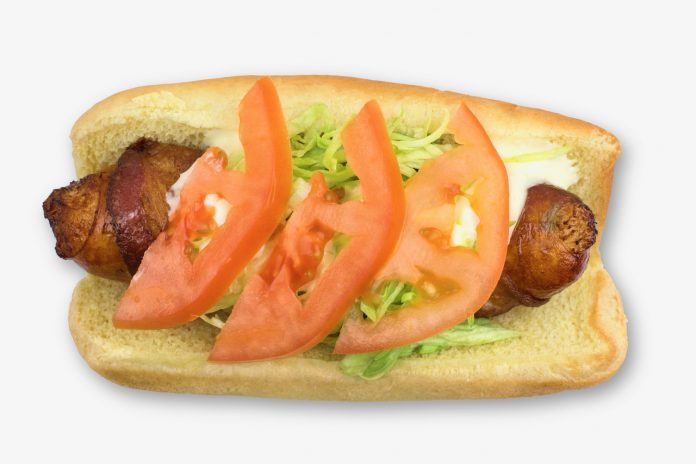 MAKAI:  Is it safe to say that your childhood/lifelong the dream was to follow in your father’s foot steps to carry on that legacy?

HANK:  My father never wanted his children to follow in his footsteps much less move back to Hawaii.  The restaurant business can be hellish and although he was very successful in harsh times, he never painted a pretty picture of it. My hot dog dreaming was purely that childish love for eating them, such as 10 year old Takumi, who lives in the neighborhood, and loves to come by to enjoy his “fat boy” (hot dog).  I had already made my own legacy through Trio, a rather elitist expression of food. It was time to fall back to my roots and the simplicity of hot dogs, in contrast, had a deeper, more soulful draw for me.

MAKAI:  What are you plans in the future? New restaurant endeavors? Following other passions?

HANK:  I am currently on the cusp of deciding what to do next.  This recent trip to Italy confirmed that there is more discovery out there for me within the global food experience.  I see myself leaning toward consulting, concept development and writing about the love of food as not only a matter of taste but as a form of emotional connection. 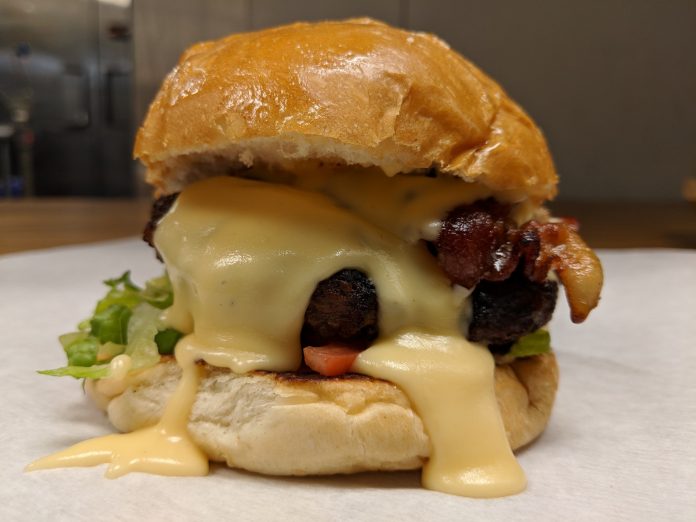 A Band Of Braddahs… With paddles in hand, We Can.