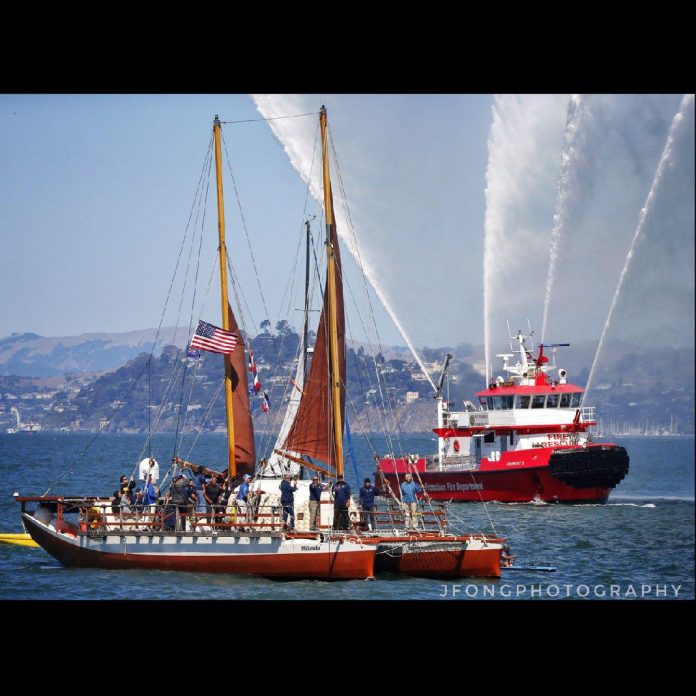 Honolulu, HI – After a three-month voyage across the Pacific Ocean and down the coast of California, Hikianalia is sailing back to Hawaiʻi. The voyaging canoe departed yesterday at 2:00 p.m. (PST) from the Maritime Museum of San Diego and is expected to arrive back in Honolulu in early to mid-December. This last leg of the Alahula Kai o Maleka Hikianalia California Voyage is being captained by apprentice navigator Jason Patterson under the guidance of Pwo navigator Bruce Blankenfeld.

Hikianalia departed Honolulu on August 18, 2018 and made landfall at Half Moon Bay, California on Sept. 10, 2018. While in California, the canoe made stops in San Francisco, Sausalito, Ventura County, Redondo Beach, Catalina Island and Orange County before making a final stop in San Diego. Each stop began with an arrival ceremony hosted by the indigenous and local communities of the area. The crew held public presentations, school visits and dockside canoe tours to share the history and legacy of Polynesian voyaging and the mission of the Polynesian Voyaging Society.