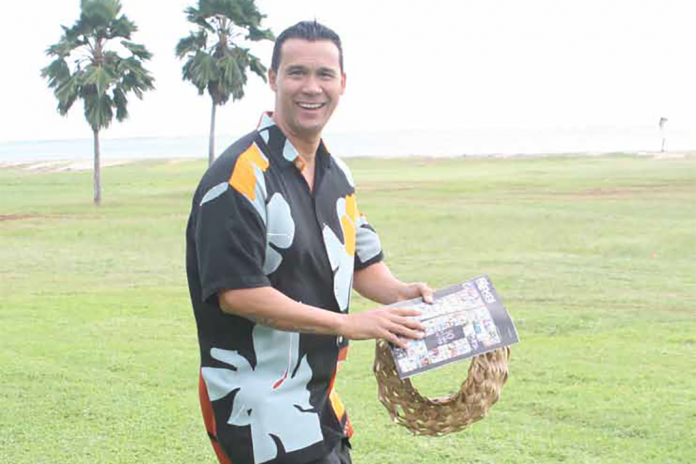 When I started writing this feature about Kaleo, it confirmed why he was chosen for this month’s issue. As I prepared to call him, I saw a television program which featured Pilanca and his dad Moon, as they prepared to spend some time together at the beach, surfing, paddling, and just having a great time! I immediately contacted him, only to find him busy doing homework and orchestrating bath time with his young sons. His response was, “Can I call you later?” He later sent a text to let me know that it was getting late, and he needed to tuck them in bed, so he would contact me even later.

Pilanca is the true “Mr. Aloha.” When we surfed together, and even on a photoshoot, he warmly greeted everyone with “Aloha.” Yes, everyone. However, Pilanca defers this title to another, and says that Uncle George Kam is Mr. Aloha.

Pilanca lives life to the fullest. Every moment is endowed with a good spirit, positive vibes, feel good energy, and the glow, the “Nahenahe”.

Growing up in the Waiahole Valley Road on the Windward side of Oahu, Pilanca has surfed his home breaks, including Kualoa Point, Rainbows, BB‘s, Crouchings, Kapapa Island, Sugar Mills, Kaaawa Lefts and Kahana Bay.

Pilanca observed, “Eastside surfers wait patiently for southwest winds (Kona Winds) so we can have ‘glassy waves’, as they only happen probably two weeks out of the year! So, when it does happen, I not going lie, I call in sick!”

This Kamehameha Schools graduate attended college in Washington, bringing his surfboard so that he could surf, while he attended Eastern Washington State University. This was in spite of the fact that there was no available surf for hundreds of miles. However, his board was available, while he earned a degree in recreational therapy.

After coming home with his degree in hand, he worked under the “Red Roof ” in Kaneohe, at the State Hospital. “Working with criminally insane patients, I had to act crazier than them. They would say, stay away from that guy, he is a little bit off!”

His ohana includes his wife Carrie “CJ” Pilanca, who is a flight attendant and business manager of their company, KP Entertainment, along with his blended ohana, Christoper, Kanoelani, Moon, Nikki, Hazel, Kainalu and Kaena. Pilanca remarked, “It’s a ‘yours, mines, and ours’ ohana, just like the Brady Bunch. Just add water and shake ‘em up.”

The ever-active Pilanca also makes it a priority to have “our time” with his wife CJ. They find the time, in between her taking care of the kids, being his partner in business, a DJ, and an event planner, as well as her job in the air. How is that for having a busy family life? Kaleo is also working on a new television show, “Kaleo‘s Ohana Adventures,” which is set for presentation this spring on OC16. When asked how they met, Kaleo and CJ responded with two similar but different answers! 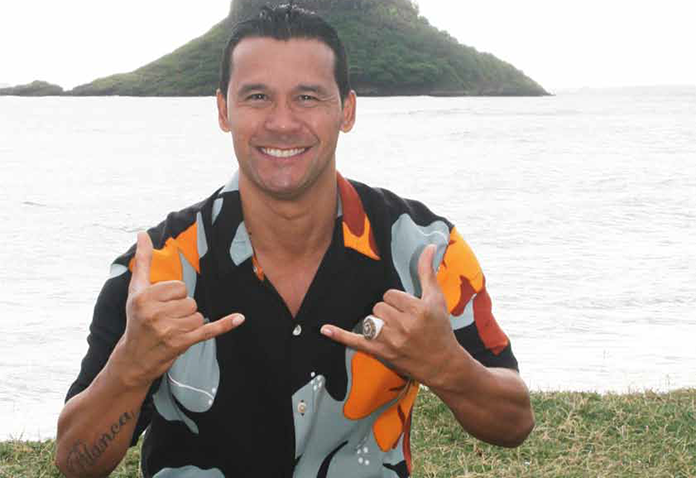 She said:
“I met Kaleo at a fundraiser golf tournament. My sister Wendy is the one to
‘blame’ for my meeting Kaleo. She asked me if I could help her at the tournament, and I ended up helping with the set-up of the banquet room. I needed a ride back to one of the holes, and Wendy was unable to drive me back, so she told me to catch a ride with Kaleo. I looked at her and said, “Are you crazy, I don‘t even know who that is!” Her reply was,”He‘s the guy on tv, radio and stuff.”

I just gave her a crazy look and said, “I still don’t know who that is!” She walked over to him and asked him if he could give me a ride back out to the course. He said yes. Meanwhile I was standing there in disbelief that she would even suggest that I ride with a stranger! All I could hear in my head was my mother saying to me, “Stranger danger! Stranger danger!”

“I waited as Kaleo filled up his beverage before going to the golf cart. I remember that we argued about who was going to drive the cart, and I finally sat in the passenger seat. Kaleo was busy fumbling with his phone and his drink, so I decided to press the gas pedal. He had on his shades (and made sly) but I knew that he was trying to check me out. The next thing I know, I almost fell out of the golf cart because we hit the curb. Whiplash! Fast forward to a week later, when I started getting Facebook event invites from him, for all his future fundraisers and his big comedy show.

I asked my other girlfriends who were friends with him on Facebook, whether they had gotten invited too, but they all said no. So, if Kaleo ever says that he sent out invites to all of the ladies, and that I was the only one who showed up, he‘s lying!”

He said:
I remember that day like it was yesterday. I was at a golf fundraiser, dressed up in character, as a guy called “Uncle Moki.” I was asked to drive the golf cart and to entertain, by heckling the golfers, and to just be an ambassador of Aloha. I would blow my conch shell when the golfers putted. I was sipping on my drink having fun. Out of nowhere, I heard Wendy Pitner (who later became my sister-in-law) say, “Carrie, catch a ride with that guy!” I heard Carrie say, “Who is that guy?” She didn’t know who I was, but I turned on the charm. She came walking towards me like an angel. Her hips swayed with the coconut trees, her smile tantalizing…

I just knew I was going sweep her off her feet, and end this with a bang! Hole in one! Nah, nah… Actually, we had our first lovers spat right there, the very first time we met. We argued about who should drive. Being the man, I knew I had to drive and be in charge, and as we drove off, I dropped my phone between my legs, and tried to get it. Meanwhile, I lost track of where I was going, drove off the curb, over some roots, and almost into the water hazard! CJ screamed, so I comforted her, made sure she was ok, and made sure she didn’t have whiplash, because she was holding her neck. I really don’t know what I did that day, but it must have worked, because after that, she couldn’t get enough of me. I began to see this lovely young woman at all of my fundraisers. One after the next. She was stalking me!

Actually, I would let many wahines know about my fundraisers, but CJ was the only one that showed up. Although she was stalking me, I guess I really liked and wanted her there…”

Having worked at Shriners Hospital for Children, Pilanca uses that experience when spending time with his dad. Pilanca takes his dad, Moon, to the beach every chance they get, at least weekly. “It’s therapy for my dad, as he is living with Parkinson’s Disease.”

Pilanca explains simply, “The brain and muscles do not coordinate together. The brain tells him to move his arm, but the arm doesn’t listen.”

On these outings, the younger Pilanca assists his dad onto a longboard and pushes him through the gentle waves. He coaches him through exercises with a canoe paddle, while his dad keeps a cadence and switches to alternate sides. All the while, his dad recalls his own time in the canoe. It is time well-spent for both of them.

Kaleo is a man in perpetual motion. Whether he is taking his keiki to school or “Pops” to the beach, emceeing events, officiating weddings (yes he is also licensed to perform weddings in the State of Hawaii), planning the next comedy event, or doing homework with the kids, he never stops! Additionally, he is now performing on the Hawaiian airwaves, with a new primetime (6:00pm to midnight shift) show, on Hawaii‘s number- one radio station, 98.5 FM/ Island, and is a game show host on “Play Smart Hawaii.”

When asked who his comic inspiration is, he replied, “George Burns.” Pilanca explained, “He was smooth on his delivery, clean, and the crowd loved him! He did this till he was 100 years old! What could be better?” Other comedians that he admires are Robin Williams and Eddie Murphy. Pilanca is an island entertainment treasure, and we all hope that he will be sharing his brand of “Aloha” until he is 100 years old! 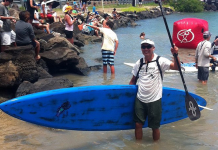 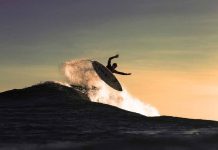