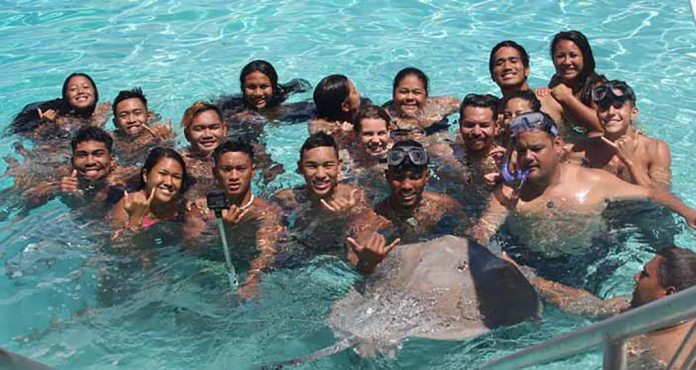 The Eimeo Va’a race is a twenty seven mile, mixed crew race that rounds nearly the entire island of Moorea. The race is broken up into nine legs, starting in the village of Paopao, inside Cooks , and ending on the shores of Team beach.

Our team was the only international team competing in the race against forty other teams from all over French Polynesia. We took on the race in the oldest division (17+), with eight boys and six girls. For us, the Hawaiians, it was weird adjusting to the way Tahitians run their races, from the country’s life jackets for juniors law, and the crew changes, to the way mixed crews were set up. The crews had to be set up so that four boys and two girls were in the canoes at all times. I think that the hardest thing for us was for the team to adjust to paddling with life jackets on. 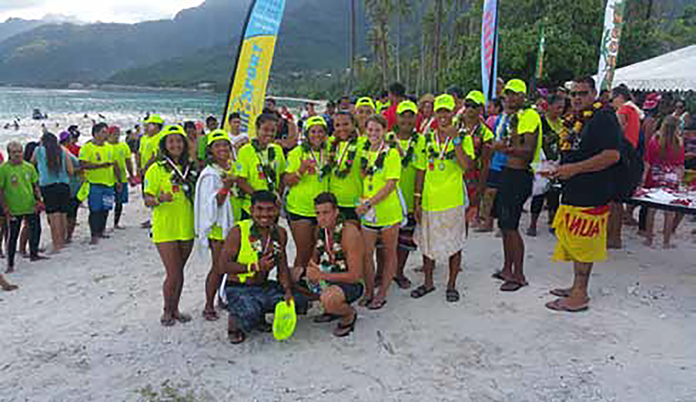 The channels we were paddling through were so narrow and surrounded by reef, that the starts were very aggressive, lots of hitting and spinouts. Even under those conditions, we were always able to recover and finish in the top five on every leg. The whole experience was amazing, from the aloha and the chants of “Go Hawaii Go” that we got from the spectators, to the warm cultural exchange after the race. Our team placed fifth in our division and first in the international.

Mele Cabota (18)– Steersmen Crew 2 (Distance Legs) During the Eimeo race, a lot went through my head at the start, when I knew I was one of the only two female steersmen in my division. Although there weren’t many female steersmen, I wasn’t going to let that get to my head. I had faith in my crew, and I knew they could pull us through.

The race was a little different for me because I wasn’t accustomed to the style of changing. At home, we do open water changes, but in Tahiti we’re divided into different legs. Instead of jumping out of the canoe, we pull up to an escort boat and change out the whole crew. Noland Keaulana. Photo courtesy Other than that, my T crew ristan Boxfordstayed solid and pushed each time. With the other Keola crew competing in the even legs, we were able to come home with being fifth in our division, out of seventeen crews. Though the racing style is different, racing internationally for my first time was a great experience, and I hope to do it again! With paddling being a worldwide sport, I feel like everyone with a passion for paddling needs to try an international race at least once. Alanis Benito (17) – Power House Crew 1 (Sprint Legs) 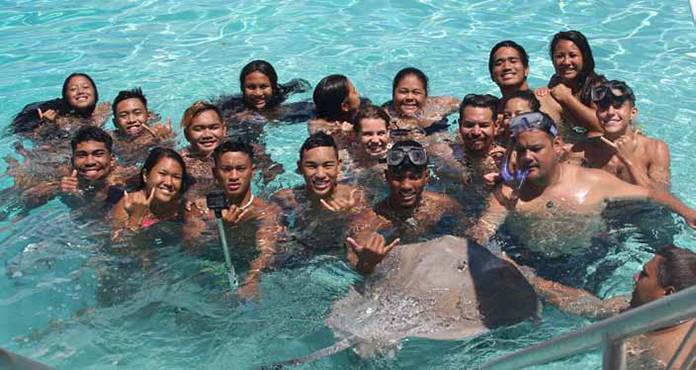 The Eimeo race was an amazing experience! We’ve come so far to compete in this race, and by placing fifth in our division, it tells us that it was totally worth the hard work and dedication. Not only was the race a great experience, but learning the values of the Tahitian